Investing Now and Later in the Kingdom 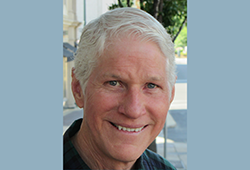 Though Larry Powell retired four years ago from a successful career in the investment industry, he remains busy, and says that these four years have been the best of his life. Besides spending time with his wife and twin daughters, he serves as an elder in his church and as a trustee for his alma mater’s foundation. Larry’s business card says that his life focus is “investing my time, talent, and resources to further God’s Kingdom.” Larry has shown his commitment to furthering the Kingdom through The Salvation Army in many ways.

With his time and talent, he serves on the Kansas City Metro advisory board, including being the previous chairperson. With his resources, as part of his estate and gift planning, Larry worked with his professional advisors and named The Salvation Army as a final beneficiary on a donor-advised fund, through which he supports us and other charities each year.

Recently, Larry also chose to invest in providing hope through a deferred charitable gift annuity. In exchange for his gift, The Salvation Army will pay him lifetime income, which starts at a date already chosen by Larry. He will receive higher income by delaying his first payment several years. Larry says about his gift annuity, “I’ve managed billions of dollars over a period of 35 years. But this investment will provide the highest return of anything so far — providing eternal rewards, not only now, but for years to come on earth. And when I die, the best gift will be when someone walks up to me in heaven and says, ‘Because of your involvement in The Salvation Army, I’m healed.’ Heavenly rewards — that’s what it’s all about. This gift annuity pays lifetime and eternal dividends.” Through his giving plans, Larry is providing soup, soap, and salvation now and in the future.

Consider how your earthly resources can yield eternal dividends through The Salvation Army. Through a lifetime gift annuity, or a final gift in your estate plans, we can help you match your goals with our needs. Make an eternal impact, and join Larry and other donors in our Light Brigade, which can be your legacy of hope for helping many people far into the future.